Playing in an ensemble is an important element of a students musical education. At Horbury & Ossett Music Centre we aim to create a fun, safe and challenging environment for pupils to further develop their musical skills. We have 11 ensembles ranging from beginner level all the way through to senior, catering for woodwind, brass, strings, percussion and guitar. Rehearsals are run every Saturday morning of term time at Horbury Academy.

We have two main concerts throughout the year, a Christmas concert and a Summer concert. As well as this several groups perform at other events in and around Wakefield.

The cost of attending Music Centre and WMS Ensembles is only £40 per term and we always look forward to welcoming new young musicians! Please come and visit us at any time or take part in a free taster session.

Please note that Due to the pandemic all groups are currently online as part of our Virtual Music Centre initially at no cost. Details just below. 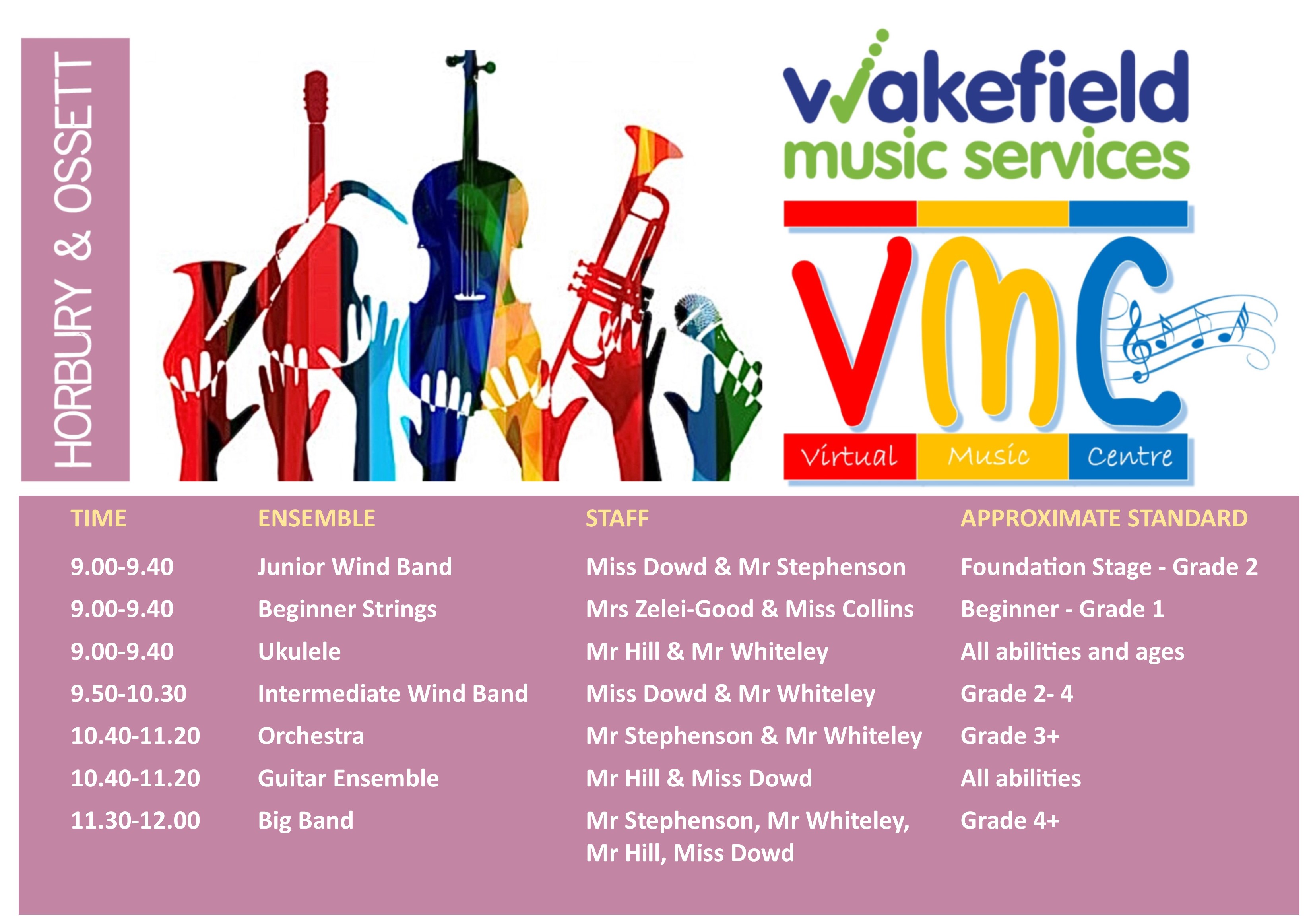